Spurred by the success of the first celebration, UNESCO, in partnership with the Thelonious Monk Institute of Jazz (TMIJ) will be organizing the second International Jazz Day on April 30th, 2013. This day is destined to raise awareness in the international community regarding jazz’s virtues as an educational tool, as a vehicle for peace, unity, dialogue, and for enhanced cooperation between peoples.

The year 2013 marks the beginning of the International Decade for People of African Descent, consecrated to the theme, “Recognition, justice and development for people of African heritage.” This constitutes yet another highlight of the event that the United Nations will surely support. Africa, whence jazz draws its origins, will thus be doubly honoured this year.

Istanbul is the official host city for 2013. Turkey has an age-old tradition of jazz. Munir Ertegun, Turkish Republic’s first ambassador to Washington in the 1930s, opened his embassy’s parlors to African American jazz musicians, who gathered there to play freely in a socio-historical context which was deeply divided by racial segregation at the time. Inspired by this legacy, the ambassador’s sons, Ahmet and Nesuhi, went on to establish the United States’ first jazz and gospel label in 1947 - Atlantic Records - which was seminal in spreading the beauty of jazz music around the world. 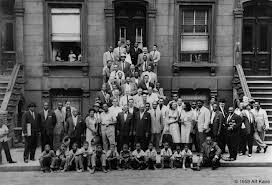 In April 2012, UNESCO Goodwill Ambassador Herbie Hancock and TMIJ spearheaded and organized the historical events which took place around the world where jazz legends gathered together for key events at UNESCO’s Headquarters in Paris, at the United Nations’ Headquarters in New York, as well as at the emblematic Congo Square in New Orleans. From Algiers to Buenos Aires, from Kuala Lumpur to Warsaw, from Lomé to Santo Domingo, more than a hundred countries celebrated this day.