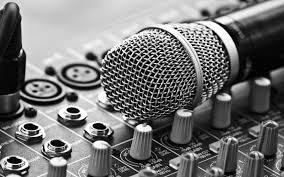 The equation facing the music business is now well understood: Sales of CDs and digital music downloads are in what looks like a death spiral, while streaming music services are adding subscribers and increasing revenues but not yet profits. + But another corner of the music business is experiencing rapid growth: old-fashioned vinyl records. + According to the latest numbers from Nielsen Soundscan’s mid-year report, released last week, vinyl record sales in the US were up more than 40% in the first six months of 2014, with 4 million units sold. In 2013, vinyl sales hit their highest level since at least 1991, with 6 million units sold. At the current pace, this year’s sales are on track to beat that again quite easily. + This trend isn’t new; it’s been going on for several years:


Nor is it only a US phenomenon. In the music-obsessed UK, vinyl record sales last year hit their highest levels since 1997. + The top sellers so far in 2014 don’t dovetail at all with what is currently being streamed or downloaded, and give a good indication of who is buying vinyl. Basically, indie rock fans and nostalgists. 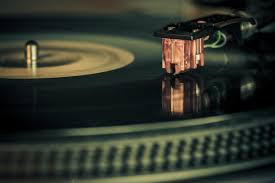 What does this mean for the music business overall? It suggests that Taylor Swift is right: the album does have a future, albeit a niche one. Or as Slate’s Will Oremus argued earlier this year growth in vinyl sales can be seen as “yet another manifestation of the societal fetishization of all things ‘vintage’ and analog, which is pretty clearly a response to digitization…” + Yet, while vinyl is growing, it’s not going to be the music industry’s savior. Total physical album sales were down 14.9% in the US in the first half of 2014, to just shy of 121 million units. CD sales led the way down, falling by 19.6% (there were still nearly 63 million of them sold), while digital album sales were down 11.6% to 53.8 million units. Set against that, the 4 million vinyl albums sold are an irrelevance. + Streaming, meanwhile, continues to flourish. On-demand streams were up 42% from a year ago (to more than 70 billion streams), of which audio streams (think Spotify, Rdio, Beats, etc) were up 50.1% and video streams (think Youtube, Vevo) up 35.2%. + The problem for the music industry is that the revenue generated by streaming (through royalties) is not making up for the decline in music ownership, at least not yet. However, when you add up all digital purchases of individual tracks and online streams, and combine them with physical sales, the total dollar “equivalent” of albums sold declined by only 3.3% in the first six months of 2014 (assuming 10 digital downloads, or 1,500 streams of a song, equals the dollar value of an album sale). This time last year the fall was 4.6%. + So who knows? If current trends hold up, even this gap could even be closed before too long—though it would take a lot longer for music sales to recover to the level they had before the streaming revolution began.
Gönderen bohlener zaman: Cuma, Temmuz 11, 2014
Bunu E-postayla GönderBlogThis!Twitter'da PaylaşFacebook'ta PaylaşPinterest'te Paylaş
Etiketler: makale